I wanted to make my new Alfa stand out from the couple others I’ve seen round rarely. As if the front end of the Giulia isn’t beautiful enough. It seemed like it was a necessary and obvious mod. 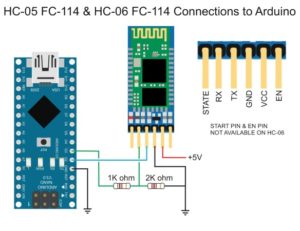 I made this 49 LED strip out of SK6812 addressable RGB LED strips. Similar to the common WS2812b strips but brighter and with a true white. Check them out here on amazon: https://www.amazon.com/gp/product/B07FVRR4KL/. I also used an Arduino Nano clone that has its own USB to serial chip built-in. Another new key component is the HC-05 serial Bluetooth module. It’s an older V2.0+EDR version of Bluetooth but it has great range. The only downside is that iOS/Apple devices don’t support 3rd party Bluetooth unless it’s made for iPhone/iPad or its the newer Bluetooth 3.0/4.0+LE

I wanted to create a menu system and be able to hit buttons to ascii characters to change the light show modes. So far I have the default/power on mode of pure white. Then by Bluetooth you can choose “Demo” to change to an animated demo reel that comes with the LED library FastLED on the Arduino. Then I have added a Knight Rider mode. Even a special Alfa Knight Rider mode that doubles up the “V” in the grill. And finally, I have a “Fire” mode that looks like flames.

There is a menu display when you first connect with a Bluetooth terminal app on Android. I use, “Bluetooth Terminal HC-05”. It lets you assign rows of buttons to macros of strings of text to send to the device. It also allows to to see the available options in the device and you can enter, “H” to see the menu at any time.

The code is still in progress, feel free to check it out on GitHub. I hope to be updating and completing code so I can add this to my car permanently.

I hope to add a few more modes and brightness control very soon. Currently the only bug in the system is the Bluetooth communication is talking to the Arduino over software serial. There are a lot of timer interupts between the FastLED library to control the lights that sometimes (30% of the time) the Bluetooth message to change a mode is missed and a different ascii character comes through. This means you have to enter the command or hit the button a couple, few times. This is easily fixed by changing over to the hardware serial UART. I have not yet done this but feel free to make a pull request for an alternative sketch.

I also have plans to design and print a circuit board to easily house the Arduino, Bluetooth module, connectors for lights and power. I have already 3D printed a couple cases to protect the guts on the road. 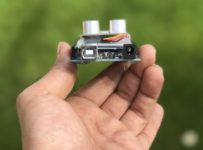 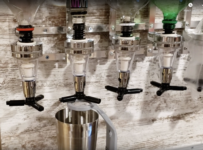 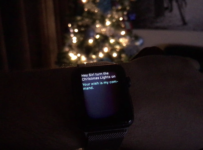